A Century of Negro Spirituals for Solo Voice–The Pioneers

2016 marked the 100th anniversary of Harry T. Burleigh‘s publication of “Deep River,” which is considered to be the first time a Negro Spiritual was used as source material for an art song.  “Deep River” inspired singers of “Classical” music to integrate Spirituals into their concert repertoire and composers to explore how their own vocal musical expressions might be enriched by inclusion of the Spiritual in their works.

This document serves to highlight a selection of the historical and contemporary composers and singers who have forged art songs from this powerful American folk music.  Forty videos of concert Spiritual performances–accompanied by short biographies about the composers, images, and a listing of a source containing the music score performed, as well as a discography and music scores bibliography–are represented here. Some entries will also link to composer and performer biographies available on the Afrocentric Voices site, and the songs’ album titles will link to track information on The Spirituals Database.

Part One: The Pioneers, From H. T. Burleigh to Hall Johnson

These composers were born in the generation immediately following the end of the American Civil War in 1865. They were often the children of ex-slaves or they otherwise were exposed to the Negro Spiritual directly from the living sources of these songs. They continued the process, begun by the Fisk Jubilee Singers, of sharing this soul-stirring, original American music across the United States and around the world. 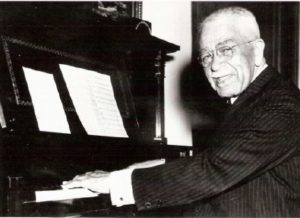 Harry (Henry) Thacker Burleigh (b. Erie, Pennsylvania, 2 December 1866; d. 12 September 1949, Stamford, Connecticut). Burleigh attended the National Conservatory of Music, where he introduced the plantation songs he had learned from his grandfather to composer Antonin Dvořák. During his professional career, Burleigh was a baritone vocalist, music editor, lecturer, and a charter member of ASCAP. His compositions included between 200-300 songs.

In 1916, Burleigh wrote the song, “Deep River,” for voice and piano. By that point in his career, he had written a few vocal and instrumental works based on the plantation melodies he had learned as a child. However, his setting of “Deep River” is considered to be the first work of its kind to be written in art song form specifically for performance by a trained singer. 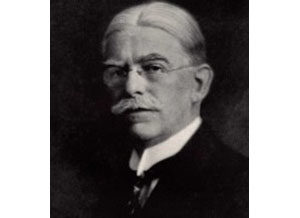 William Arms Fisher (b. 27 April 1861, San Francisco, California; d. 18 December, 1948, Brookline, Massachusetts). After rejecting a career in business, Fisher studied with composer Antonin Dvořák at the National Conservatory of Music. In addition to his settings, Seventy Negro Spirituals (1926), he edited the song collection, Sixty Irish Songs (1915) and wrote Notes on Music in Old Boston (1918), which was expanded 15 years later into One Hundred and Fifty Years of Music Publishing in the United States. Fisher has also been credited for using the Largo movement of Dvořák’s Symphony from the New World to write the words and music of the song, “Goin’ Home” (1922). 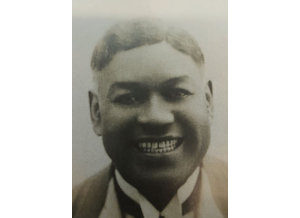 In the 1920’s, Payne recorded his own settings of Negro Spirituals, along with those by H. T. Burleigh, with pianist Lawrence Brown. He set five Spiritual art songs that were published by G. Schirmer in 1942. 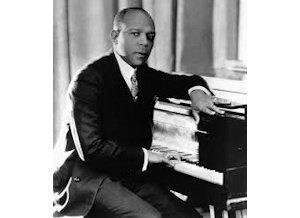 John Rosamond Johnson (b. Jacksonville, Florida, 11 August 1873; d. New York, New York, 11 November 1954). Johnson, a composer, singer, educator and conductor, studied voice and piano at the New England Conservatory. He partnered with his brother, James Weldon Johnson, to become successful writers and performers in Vaudeville and musical theater. The pair also collaborated on the creation of the anthem, “Lift Every Voice and Sing,” and on two of J. Rosamond Johnson’s African American music anthologies, The Book of American Negro Spirituals, first published in 1925, and The Second Book of Negro Spirituals, published the following year.

Song available in: The Books of the American Negro Spirituals

Hugo Frey (b. 26 August 1873, Chicago, Illinois; d. 13 February 1952, New York, New York). Frey studied music at the Chicago Conservatory. He was a professional violist and pianist as well as a dance orchestra conductor and music arranger for stage, sound recordings and film. He also edited simplified versions of popular music of the era and was a charter member of ASCAP.

Like numerous composers of the time, Frey drew upon Negro Spirituals to write several songs for voice and piano. His “A Collection of 25 Selected Famous Negro Spirituals” was published by Robbins-Engel in 1924. 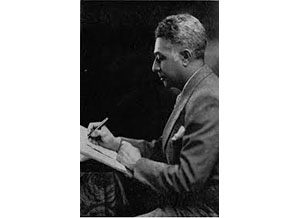 Clarence Cameron White (b. 10 August 1880, Clarksville, Tennessee; d. 30 June 1960, New York, New York). White was a violinist, composer, and educator who began his violin studies at the age of 8–including coaching with violinist Will Marion Cook, continuing his musical study at Oberlin Conservatory and in London with teachers such as composer Samuel Coleridge-Taylor. White composed for both vocal and instrumental forces, continued to perform as a violinist, and served on the faculties at West Virginia State College and Hampton Institute. He was also a charter member of the National Association of Negro Musicians.

“Goin’ to Shout All over God’s Heaven” was published as part of a collection of Spirituals for solo voice and piano in 1927. In the preface of the collection, White suggests that “… the Negro dialect, as sung, should not be an exaggeration of the written form of the words, whose spelling is only an approximation to the actual sound in genuine Negro dialect; and the the element of syncopation shall not lose its nature as a secondary offshoot of the rhythm of words and syllables, and be mispresented as mere musical surprise.”

“Goin’ to Shout All over God’s Heaven”
Clarence Cameron White, composer
Jules Bledsoe, baritone
Brother, Can You Spare a Dime? 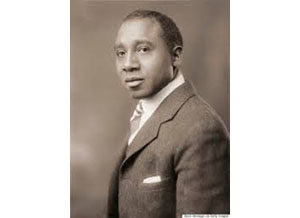 Robert Nathaniel Dett (b. Drummondsville, Ontario, Canada, 11 October 1882; d. Battle Creek, Michigan, 2 October 1943). Dett began piano study as a youth. He attended the Lockport Conservatory then studied composition and piano at the Oberlin College Conservatory, becoming the first person of African descent to receive a bachelor’s degree there. He began touring as a concert pianist and publishing music. He taught at Lane College in Tennessee, Lincoln Institute in Missouri, Hampton Institute in Virginia and Bennett College in North Carolina. His piano and choral music during those years were written to suit his teaching needs. During the summers, he studied at several other prestigious schools in the U.S. and Europe before earning his Master of Music degree from the Eastman School of Music. A choral director and educator, Dett also composed approximately 100 works for piano, chorus, and solo voice.

He published “I’m Goin’ to Tell God All My Troubles” especially for his protege, soprano Dorothy Maynor, in 1940. 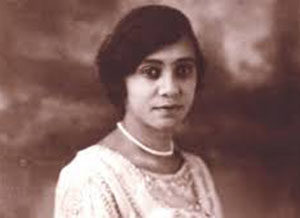 Florence Beatrice Smith Price (b. 9 April 1888, Little Rock, Arkansas; d. 3 June 1953, Chicago, Illinois). Music was an important part of Price’s life from an early age, as evidenced by her public performance at the age of four. She was a music teacher and composer, especially of instrumental works. One highlight in Price’s career was Marian Anderson‘s performance of the composer’s concert Spiritual, “My Soul’s Been Anchored in the Lord,” during Anderson’s 1939 Lincoln Memorial concert. That Spiritual has become a stable for not only professional singers, but for numerous voice students exploring the Spirituals repertoire.

As with many of Price’s compositions, she drew upon her exposure to Negro folk music for her setting of the Spiritual, “Go Down Moses.”

Song available in: 44 Art Songs and Spirituals by Florence B. Price for Medium/High Voice and Piano 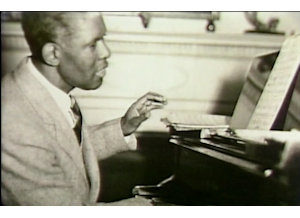 Roland Hayes (b. 3 June 1887, Curryville, Georgia; d. Boston, Massachusetts, 1 January 1977) was a pioneer as a commercially successful classical musician during a period when African Americans found it nearly impossible to accomplish this feat. The tenor established an international career, becoming one of the highest paid musicians in the first third of the 20th century. He mentored singers such as Marian Anderson, Paul Robeson, Leontyne Price, Dorothy Maynor, Edward Boatner and William Warfield.

Hayes also composed numerous spiritual art songs. The Life of Christ is a 10-song cycle published as part of a collection of spirituals, My Favorite Spirituals: 30 Songs for Voice and Piano, in 1948.

“Hear de Lambs a-Cryin'” from The Life of Christ
Roland Hayes, composer
Charles Holland, tenor
My Lord What a Mornin’

Song available in: My Favorite Spirituals: 30 Songs for Voice and Piano 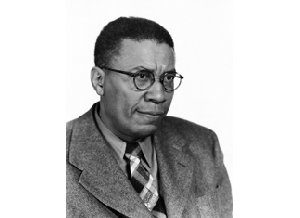 Francis Hall Johnson (b. Athens, Georgia, 12 March 1888; d. 30 April 1970, in New York, New York) began his musical professional career as a violinist, but in time, his interest turned to choral music. Johnson formed the Hall Johnson Negro Choir, which performed with great success in concert, on the radio, and in numerous films. He was known not only for his compositions, but for the articles he authored that discussed the history of the Spiritual and their performance practice.

In the preface of The Hall Johnson Collection, Johnson historian Eugene Thamson Simpson wrote: “Save for the original art songs, all are unabashed in their use of Negro dialect. For a performance which is both rewarding to the singer and convincing to the audience, the texts should be delivered smoothly and without exaggeration, the beat should be steady and the rhythms easy and accurate. Like Verdi, Hall Johnson was meticulous to a fault in marking tempi and expressions in his scores, and fanatical about the observance of these markings in performance. Any temptation to apply the freedoms of the ‘Gospel style’ should be avoided.”

2017-02-15
Hope you find The Spirituals Database to be a useful resource. Please contact Randye Jones if you have recordings of solo concert spirituals to recommend or have questions/suggestions. Contents of The Spirituals Database may be used for non-commercial purposes only if the source is acknowledged. All material remains the property of its creator. All commercial rights reserved.