A Century of Negro Spirituals for Solo Voice–The Now Generation

The composers who have flourished in the decades since the conclusion of the Second World War have seen the ongoing struggles for civil and human rights and the technological and cultural shifts that have occurred at nearly warp speed. Their music, which includes the Negro Spiritual, is often interwoven with the strains of popular music–such as Gospel and Hip Hop–even as they return to an exploration of the roots of this American folk music. 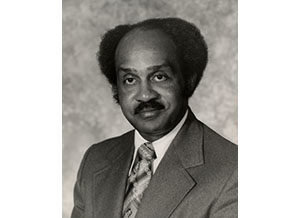 Wendell Phillips Whalum, Sr. (b. 4 September 1931, Memphis, Tennessee; d. Atlanta, Georgia, 9 June 1987) was a musically active youth performing at churches in Memphis. Whalum matriculated to Morehouse College and Columbia University, finishing his doctoral study at the University of Iowa. He taught at Morehouse for over 40 years and directed its choir to international acclaim. Also known for his skills as an instructor, organist, and musicologist, he composed numerous works for chorus and solo voice.

Whalum, along with composers Betty Jackson King and Roland Carter, each contributed two Spiritual settings to God Is a God. Carter stated that there is no clear order to the placement of the pieces, leaving their organization to the performer’s discretion.

“God Is a God”
Wendell Whalum, composer
Kenneth Overton, baritone
Been in de Storm so Long (Songs My Fathers Taught Me) 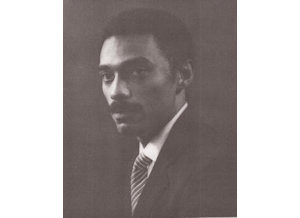 John Daniels Carter (b. 19 April 1932, St. Louis, Missouri; d. 24 July 1981, Hempstead, New York) studied music at Florida A&M University and piano and composition at Oberlin.  Carter served as composer-in-residence with the National Symphony Orchestra in Washington, DC, in 1968 and was an instructor at Federal City College, Washington, in the 1970’s.  As a pianist, Carter toured extensively, accompanying performers such as tenor William Brown.

Carter’s Cantata was published in 1964.  The five-song vocal suite was premiered by soprano Leontyne Price at Constitution Hall in Washington, DC. The composer talked about his work in an interview with famed musicologist Dominique-René de Lerma:

Cantata is based on a few well-known spirituals.  I was always curious that Black composers rarely concerned themselves with this music.  They’ve been arranged, but Black composers have not cared for their folk music as have Chopin or Bartók, for example… This is what I decided to do with this material, with one movement for each of the five spirituals.  The first, for piano alone, is the “Prelude.” Second is a rondo, based on “Peter, Go Ring Them Bells.”  “Sometimes I Feel Like a Motherless Child” is third, as an air, and then comes “Let Us Break Bread Together.”  The last movement is a toccata, “Ride on, King Jesus…”  As for the melodies, a lot of spirituals are pentatonic, and twelve minutes of five-note melodies might not be too interesting so I’ve not hesitated to alter the melodies.

Song available in: Cantata for High Voice and Piano Reduction 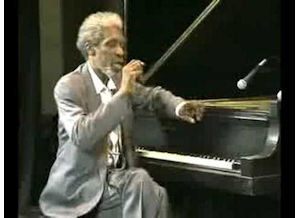 Coleridge-Taylor Perkinson (b. 14 June 1932, New York, New York; d. 9 March 2004, Chicago, Illinois) came from a musical family background and attended New York’s High School of Music and Art and New York University. After receiving his bachelor’s and master’s degrees from the Manhattan School of Music, he accepted positions as an instructor at Brooklyn College and as conductor of the Brooklyn Community Symphony Orchestra while continuing his musical studies in orchestral conducting at the Salzburg Mozarteum. Perkinson’s professional career reflected his musical stylistic range, spanning the Classical, Blues, and Jazz worlds as a pianist, conductor, arranger and composer–including ballet and film musical scores–for instrumental and vocal solos and ensembles. 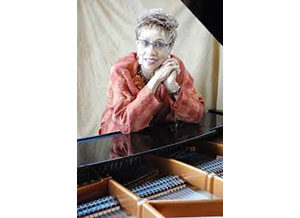 Jacqueline Butler Hairston (b. 18 December, 1938, Charlotte, North Carolina) is a composer, educator, choral director and pianist who studied at Julliard, Howard University, and Columbia University. Sharing an interest in the heritage of African American folk music with her cousin, composer Jester Hairston (1901-2000), she has used Spirituals to compose songs that have been performed and recorded by professional choral and solo vocal performers. 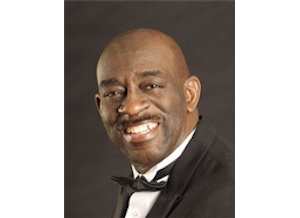 Robert Leigh Morris (b. Chicago, Illinois, 22 April 1941). Morris received his bachelor’s degree from DePaul University in Chicago, with graduate studies at Indiana University, Bloomington, and The University of Iowa, Iowa City. He served as choral director at Hampton University, Virginia, Winston-Salem State University, North Carolina, and at Jackson State University in Mississippi before accepting his current post as Director of Choral Activities for Macalester College, St. Paul, Minnesota. Choral arranger for Edward “Duke” Ellington and founder of the Leigh Morris Chorale, Morris has also composed numerous works for mixed chorus, most of which use Afrocentric folk themes.

His Lyric Suite: A Collection of Spirituals in Gospel Style was written in 1970 and published in 2000.

Song available in: Lyric Suite: A Collection of Spirituals in Gospel Style 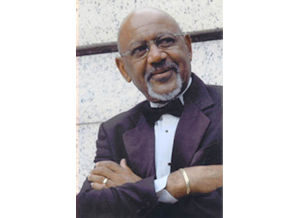 Roland Marvin Carter (b. 4 May 1942, Chattanooga, Tennessee) studied music at Hampton University, New York University, the Catholic University of America and the Aspen Choral Institute. His career as an educator includes his current professorial position at the University of Tennessee at Chattanooga. He has focused on the preservation of the Negro spiritual both as a composer of choral and solo works and as an accompanist and choral director. He served a six-year term as president of the National Association of Negro Musicians.

Carter, along with composers Wendell Whalum and Betty Jackson King, each contributed two Spiritual settings to God Is a God. Carter stated that there is no clear order to the placement of the pieces, leaving their organization to the performer’s discretion.

“Is There Anybody Who Loves My Jesus”
Roland Carter, composer
Benjamin Matthews, baritone
A Balm in Gilead 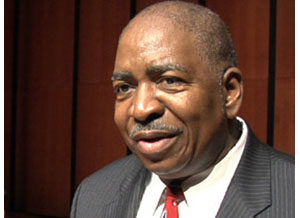 Uzee Brown, Jr. (b. 14 November, 1942, Cowpens, South Carolina) studied at Morehouse College, received his master’s degree in composition from Bowling Green State University, with a second master’s and his doctoral degree in performance at the University of Michigan. Brown developed a career as an operatic and concert vocalist, researcher and educator, serving as chair of the Music Department at Morehouse. He was also president of the National Association of Negro Musicians.

“Aint A That Good News” is part of Brown’s first eight-Spirituals collection, O Redeemed!, which was published in 1994 and recorded on the CD, Great Day! Spirituals, in 2005. In this video, Brown discussed his approach to composing this setting, especially why the piano part often functions as “the chorus.” 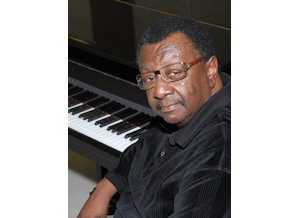 Charles Lloyd, Jr. (b. 22 September 1948, Toledo, Ohio). Lloyd received his Bachelor of Science in music education from Norfolk State University and Master of Music from the University of Michigan. Since he was first exposed to Spirituals during his studies at Norfolk State–with further study of Spirituals encouraged by Michigan’s voice department chair, Willis Patterson, Lloyd has composed songs for solo voice and for chorus as well as operatic and instrumental works. He joined the music faculty at the Southern University in Baton Rouge and has been active as a piano accompanist.

A number of Lloyd’s works have been recorded but not credited to the composer. However, he is listed as composer for this setting of “Were You There,” which was published as part of The Spiritual Art Song Collection in 2000. In a 2010 interview, Lloyd talked about his approach to composing Spirituals: “I did not take composition classes or anything like that; my understanding was based on the spirituals. Those medieval modes, church modes tend to slip into the spirituals. You know spirituals make use of the Dorian mode, and sometimes the Lydian and Mixolydian modes… and the blues tones, flatted fifth, and when you mess around with the thirds, and sevenths… and I think that has become my style.”

“Were You There”
Charles Lloyd, Jr., composer
Laura English-Robinson, soprano 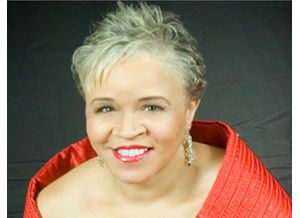 Evelyn Simpson-Curenton (b. 1953, Philadelphia, Pennsylvania) was born into a professional musical family. After beginning her piano studies at an early age, she attended Temple University, completing her undergraduate degree in music education and voice. She has been active as an educator, pianist, organist, and composer of music for a variety of music entities. 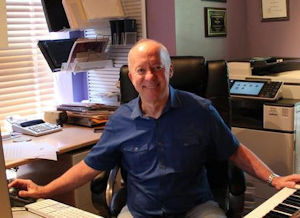 Mark Hayes (b. 28 March 1953, Ladysmith, Wisconsin) holds a Bachelor of Music degree in piano performance from Baylor University. While his professional musical career has focused on choral composition and conducting, as well as piano concertizing, Hayes has composed and published works for various instrumental forces and for solo voices. His works reflect influences from sacred and secular musical styles, from Gospel and Jazz to Folk and Classical.

“Joshua Fit the Battle of Jericho” is included in the 10 Spirituals for Solo Voice: For Concerts, Contests, Recitals, and Worship, which is part of a multi-volume collection of songs by Hayes. 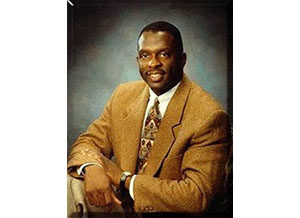 Moses George Hogan (b. 13 March 1957, New Orleans, Louisiana; d. 11 February 2003, New Orleans, Louisiana) Hogan graduated from the New Orleans Center for Creative Arts and the Oberlin Conservatory of Music. Known first as a concert pianist, Hogan began organizing choral groups and composing for chorus as well as for solo voice. He was editor of the collection, Oxford Book of Spirituals. His solo vocal setting of “Walk Together Children” was recorded by countertenor Derek Lee Ragin. 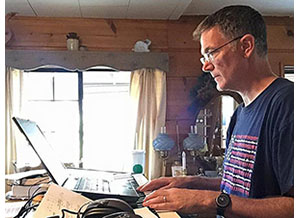 Victor Kris Labenske (b. 26 December 1963, Jonesboro, Arkansas), is a pianist, educator, and composer who studied piano performance at Point Loma Nazarene University (BA), University of Missouri-Kansas City (MM) and the University of Southern California (DMA). In addition to serving on the music faculty at Point Nazarene for more than 30 years, he is credited as a composer of over 500 works for piano and other instrumental or vocal forces.

Labenske published Concert Hall Spirituals: Settings for Piano and Voice, his setting of ten Spirituals, including “Give Me Jesus,” in 1999. 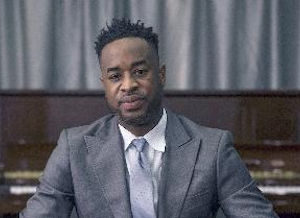 Damien LeChateau Sneed (b. 30 January 1977, Augusta, Georgia) is a multi-faceted musician whose abilities have expressed themselves since he began piano study at age three. He received his bachelor’s in piano performance from Howard University, master’s in music technology from New York University, with additional study at Peabody Conservatory and the Manhattan School of Music. He has served as accompanist for numerous professional Classical and Jazz performers as well as performing as a piano soloist. In addition to his roles as educator, music producer, and choral director, he has composed, arranged and orchestrated music for a variety of musical forces.

Sneed collaborated with tenor Lawrence Brownlee on Spiritual Sketches, a recording of Sneed’s Spirituals. The 8 July 2013 review in Opera Today stated: “Mr. Sneed’s arrangements are superb, his consummate musicality apparent in the both the idiomatic power and adroitness of harmonic progressions and his sense of drama evident in his frequent but unerringly effective demands upon Mr. Brownlee’s upper register. As a pianist, Mr. Sneed plays with absolute command of the material, shaping phrases with the rhapsodic dash of a great jazz pianist and supporting Mr. Brownlee with the collaborative precision of a Lieder accompanist.” 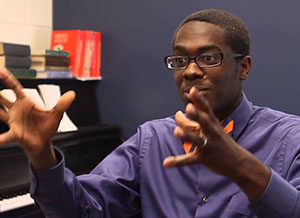 Okpebholo set “Ev’ry Time I Feel the Spirit” as part of his collection, Steal Away. In the program notes of CD recording of this collection, he stated, “My compositional process involved hours of engaging the texts and reflecting on the honest lyrics that are often multidimensional and complex, yet simply expressed, humbly, in slave vernacular. The messages are discerning and personal. They evoke the hard truths of slavery in such a meaningful and even beautiful way: the inhumanity, the tragedy, and the scars, which still in many ways remain unhealed on the back of America. Yet somehow, despite hard truths and devastating context, the most compelling features of these songs may be the elements of hope that are ubiquitous throughout their texts.”

2017-02-15
Hope you find The Spirituals Database to be a useful resource. Please contact Randye Jones if you have recordings of solo concert spirituals to recommend or have questions/suggestions. Contents of The Spirituals Database may be used for non-commercial purposes only if the source is acknowledged. All material remains the property of its creator. All commercial rights reserved.